We just released Geopaparazzi 5.4.0 into the wild!

It all started with a bug fix to have a 5.3.2 that would be able to read the latest mapsforge maps. For some unknown reason the backward compatibility had been lost and geopaparazzi was no longer able to visualize newer mapsforge maps. Being the most important map used, that had to be fixed.

Then we noticed that also GPS import was broken. In fact the new plugin system had a bug. That also had to be fixed.

Then we fixed some smaller usability issues that had been reported, but this also was ok for a 5.3.2 bugfix release.

What made us decide to go for a 5.4.0, was a fantastic project we are doing with other members of the gvSIG Association for INEGI. INEGI is the National Institute of Statistics and Geography of Mexico and recently we won a tender to supply a whole GIS stack for Desktop-Server-Mobile.

At HydroloGIS we are obviously taking care of the mobile part and it is thrilling to know that INEGI invested in Geopaparazzi/gvSIG Mobile and that hundreds of technicians will use it to do their digital field surveys.

That project already brought in the previous release an important change which is the plugin system.

We are used to a simple style in geopaparazzi: 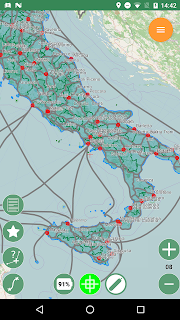 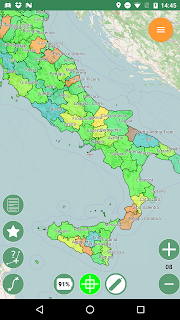 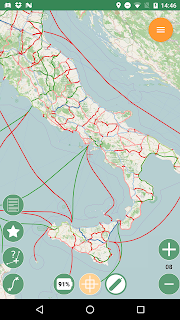 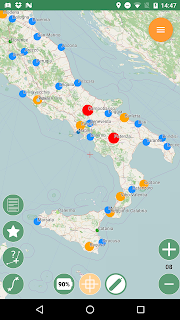 But now the problem... how do we make such a styled database?

We created a tool inside the JGrasstools Spatialtoobox, which means it will also get to gvSIG. Right now there are compatibility issues between the spatialite drivers of JGrasstools and gvSIG. We will probably get there for the 2.4.0 release.

In the meanwhile people interested can pick the standalone version of the JGrasstools' Spatialtoolbox, which can be downloaded here.

Just run the script jgt-spatialtoolbox.sh and look for the right module: 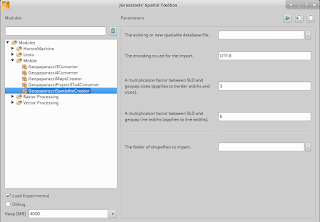 Now pay attention. This will import a folder of shapefiles into a newly created (or existing) spatialite database. If the shapefile has a style defined in an SLD file, then that will be used. So use your favorite SLD editor and create a unique values theme, and it will be inserted in the new database, geopaparazzi ready!

The second interesting feature is the PDF export of form based notes.

For those users that couldn't care less of GIS and complex stuff, but only want to have a nice ordered list of the surveyed data, the PROJECT FORMS TO PDF button is the right choice: 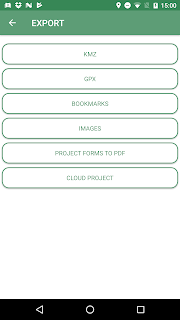 This will export the content of the form based notes to PDF, trying to group the information nicely into tables, adding any image contained in the note.
Just to have an idea, this is how 2 random pages would look like: 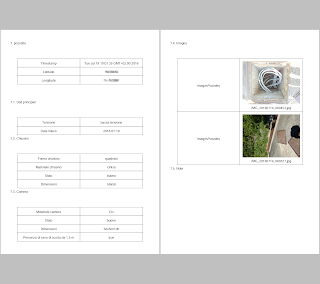 That's it, huge thanks to INEGI for pushing this project and making geopaparazzi better!!