In July we released the Geopaparazzi Survey Server and it has been such a great success for ourselves, that we started to miss several features in it and had to develop them.

While doing so we noticed that the Eclipse RAP platform didn't seem to be particularly flexible and supported so we tried a switch to Vaadin... and never looked back since. The whole app has been ported and important functionalities have been added, being the 2 main ones:

It is ages now that users ask for a visual form builder. The gvSIG Association has built one for gvSIG that works nicely. But then it still needs to be loaded to the device. Since we started to have a server, we felt this should all be there and allow for easy connection and download.

I think this first version of the form builder is already looking great and very usable: 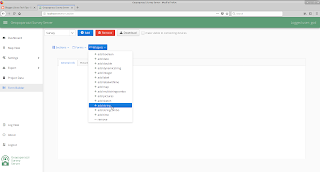 A more detailed documentation about it can be found in the manual.


The mobile companion app is now able to get the list of forms and install them into the geopaparazzi folder: 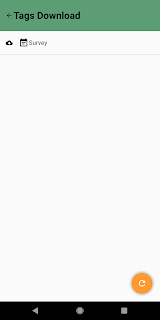 In order to be able to get project data from the server, it is now possible to load datasets on the server: 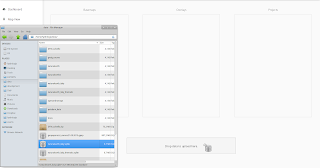 These dataset are then available to the mobile app: 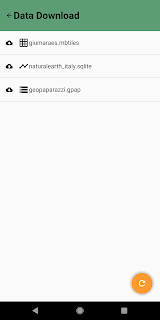 The project data are downloaded into a dedicated folder and the geopaparazzi user needs to load them manually. So this is not so sophisticated as it is done in the profiles server.

While it is best to connect to the online database through the port 9092, which is exposed by the server, in some environments it might not be possible (ex. Heroku allows only one port). In this case it is possible to export the database by downloading it. 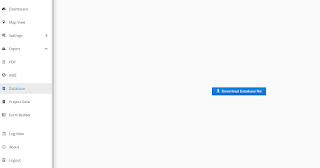 The log sending has been enhanced to allow the user to add some comment that can help the developers to understand the issue: 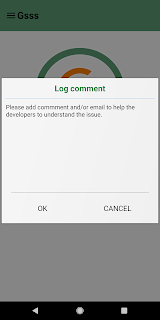 A new version of geopaparazzi has been released with some bugfixes, enhancements and language updates. This version now allows the user to have multiple forms json files. geopaparazzi will load them all into the add notes view.