What's new in there?

Important things first: the localization. I am so glad to welcome Portuguese (Brazil) and Russian into the game.

Currently the following languages are present:
Some of them are a work in progress, if you want to help, this is the place to run to: https://www.transifex.com/projects/p/geopaparazzi/

The note workflow has been reviewed. And it was about time. Before now the old way of adding simple notes was coexisting with the new, more sophisticated way to add form based notes. While we still believe that the simple notes are nice to have, the confusing thing for users was
Now both from the dashboard and the mapview the same view opens up: 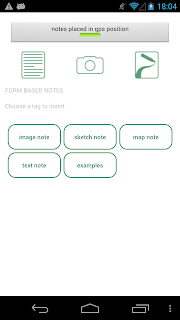 As you might have noted, in the upper part there is a toggle button that allows to choose where to place the note (gps or map center). If the gps doesn't have signal, the the button is disabled and notes are placed in the map center.

Enhancing sketching: integration with markers. To enhance the drawing experience in Geopaparazzi, we asked for help to the great Markers project. So right now, when you create a sketch note, the following opens up: 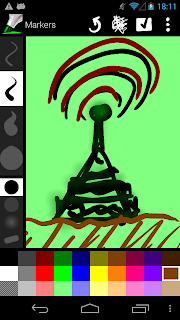 and drawing gets really really smooth with it.

Since we were at it, we decided to add to all image media the ability to draw over them. So this works with map notes: 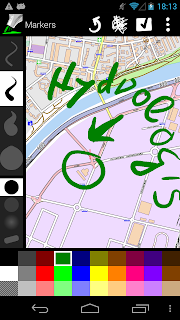 and also with pictures: 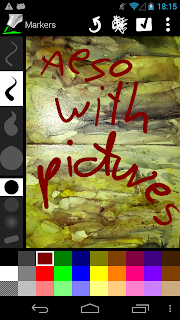 We got a bit more social. It is now possible to share notes through the usual android channels, which supports a bunch of things, as for example twitter or email.

There are two places from which notes can be shared. 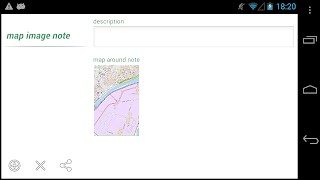 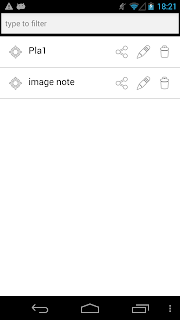 This important because of two reasons:

Better handling of gps log. Some small enhancements have appeared in the gps log part. It is now possible to zoom to the start or end of a gps track: 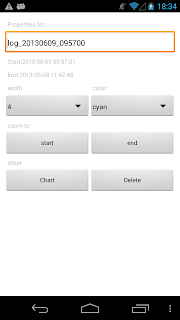 also, tracks now have the start and endpoints marked to better understand direction. The start point is marked with a square, the endpoint with a sphere: 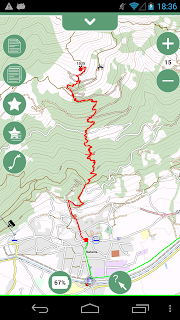 Several small changes have been done and bugs where fixed. Release notes are as usual here: https://github.com/moovida/geopaparazzi/wiki/Release-notes


One last thing to note: the ACRA project has been included in geopaparazzi. ACRA is an application crash report library, which gives the user the ability to send the developers a lot of useful information once Geopaparazzi crashes. Please use it!

Posted by moovida at 6:43 PM No comments: