The last months have been tough. There have been a lot of contribution to the project and too few time to run after them.

So there will be no big talk around this release (not by me at least).

You will have to check through it on your own. :)

To cite the release notes, the following are the important bits done:

I spent my last sparkle of energy to port the old wiki from the google code repo to the github wiki in ReST format. The next step will be using sphinx on it.  Even if the images are sometimes a bit big, it is useful and a bit better organized. But it needs love... a lot of love. Any love around?

Check it out here. 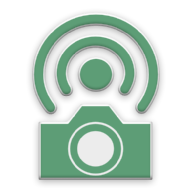 As usual it will take some time to get through the google play process... but it should be on your device in few hours.

We hope you enjoy it, there has been a lot of work by several people, both developers and testers.
Thanks in particular to Mark for the spatialite support and Eli, Tim and Zsolt for testing and constructive discussions.

Posted by moovida at 8:30 PM No comments: Links to this post