About 7.000.000 and more lidar points, the quest for Powerline extraction and JGrass asking help to Nasa World Wind

Do you know what this is? 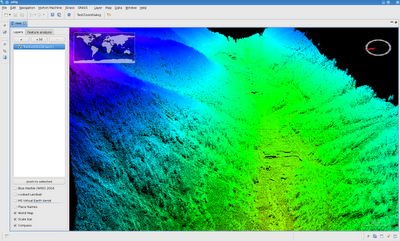 More than 7.000.000 of points rendered in JGrass from a las file. Yes, It does look awsome and is well navigable (with enough ram and videocard :)).

How? By putting Nasa World Wind as a plugin into JGrass and tweak a bit the OpenGL rendering through the jogl libraries.

Why? Prototyping around extraction of powerlines.

Want to know more? What happened next?
Well... we were asked to explore a bit with feature extraction from lidar data, starting fromm the most difficult: powerlines.

While prototyping we added some tools to read las files and filter the signals through intensity, density of points, elevation difference with the dtm and things like that. Well the result up to now is pretty nice...

Ok, first let's extract the data inside a polygon... now can you see the powerlines? 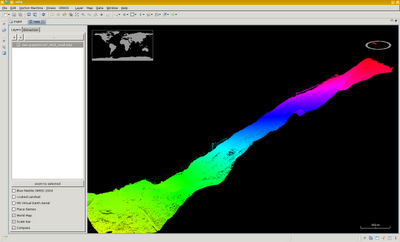 Ok, let's change the coloring... no more elevation based, but intensity based: 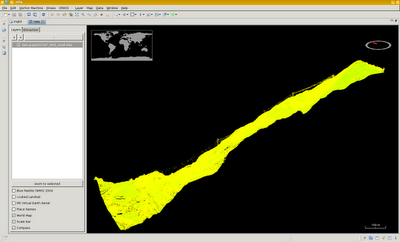 And here we zoom in and color based on point density (in 3d), now the powerlines are already colored differently from most of the rest. 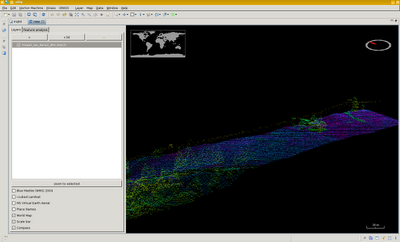 Some filtering based on intensity, density and elevation difference with the dtm and here we go (it looks empty, but have a closer look): 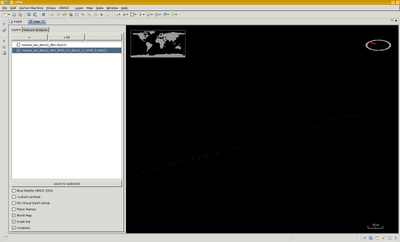 Let's get back to 2d using a small partial example, how does that look like? 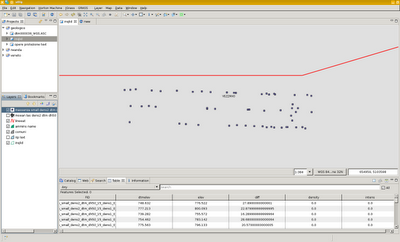 Hmmmm, looks that one of the two is a bit wrongly placed... let's check: 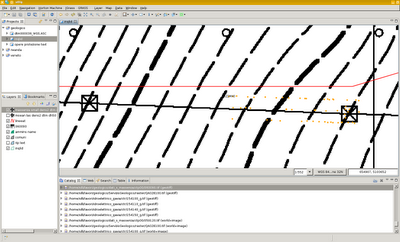 Seems we are right? Check with the aerial photo: 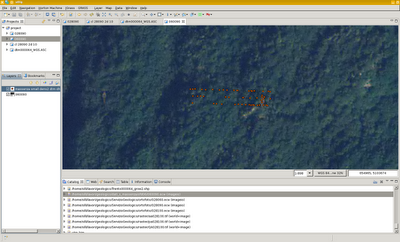 Well, this is just the first part, but it already look promising.

Looking forward to mature this plugin to get it into the JGrass plugins that are going to be released.
Posted by moovida at 6:06 PM 8 comments: