Well, the new geopaparazzi release had been requested by users that were not able to load spatialite tables that had > 3 dimensions. Indeed there was a bug that was giving that problem.

So we fixed the bug and since we had some quite tested code about Geopackage at hand, we tried to insert it and use it the same way we use Spatialite. It proved to be fairly easy and so we decided to bring out this version with the following support:

I personally think it is quite awesome. Geopackage is more limited than spatialite, but its data preparation tools are way more stable and spread around GIS environments. QGIS even uses it as its default vector format.

Also in the hortomachine project we have tools to quickly create geopackage databases, add shapefiles to them, tilesets from raster files and also to style the layers to be geopaparazzi ready. 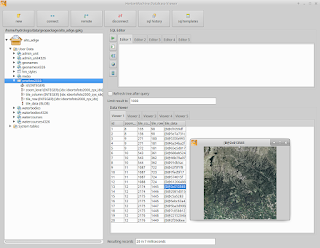 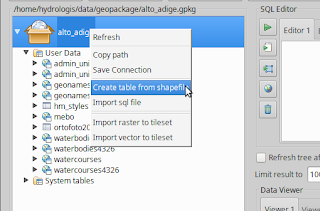 One other thing we fixed is vector layer labelling. Many users have been crying about missing vector labels. Well, it has been really fun to see how many people and working groups of people use geopaparazzi with spatialite for their surveys. I really wish they would also contribute from time to time.

Anyways, we decided to add back vector labels. Given the limitations
imposed by the rendering framework, which would make things very
difficult in 3D space and add a layer to be handled for data layer, this is how we solved it, blocking the visualization of labels in the 2D space:

Might seem strange at first test, but I can assure you it works quite nicely.

There is also collision handling on a per layer  basis. This might show it better: