SMASH 1.2.0 is out in the google and apple stores and it comes packed with a whole set of new features. Not even sure where to start. Here we go...

We never had it, but it was time.When SMASH starts up it need to check some permissions, layers, data, forms and much more. Now you will be notified and see something is going on: 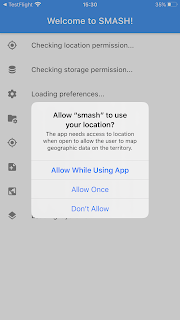 After that the projects view comes. Make your choice, new/old or fast choice between recent? 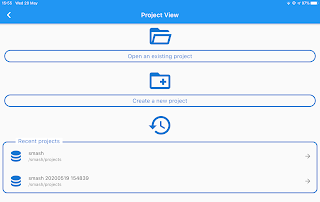 Some new formats are available now.

So once you load the rasters in the layer view, it will check the projection. 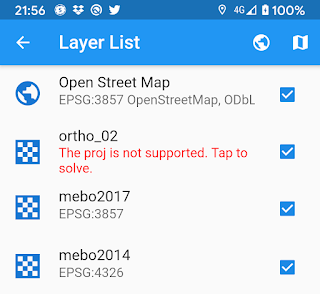 In this case we have 3 different projections and while 4326 and 3857 are supported. So the first time this happens you will need to tap on the layer to try to download the proj definition for the projection. 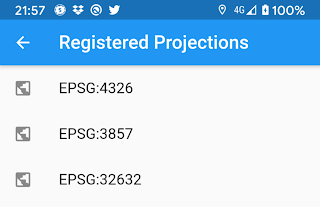 If you are lucky enough, the epsg was recognized and the definition downloaded. Now the dataset is loaded. Mind that while on vector data a re-projection is really performed, in case of raster images, the images is just warped using the boundaries. So this could lead to some unwanted distortions. So always bet to use 4326 data for rasters.
The result is quite nice and transparency can be applied where needed.
Here below a jpg loaded in 32632:

Small confession: this is the reason there has been also a version 1.1.0. We found out there were some issues with the projection of the raster imagery files and decided to fix them an release right away.

SMASH now supports shapefiles ( outch, who would want them?).

And they are actually styled with SLD: 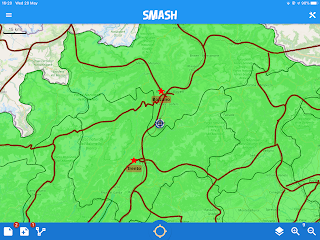 And can be queried: 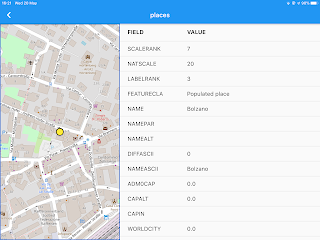 They are and will always be (unless someone pays tons of money) read-only layers. All the editing will be moved to geopackage in future.

TMS has already been supported, now WMS is also here. And there is a beautiful catalog to hold them: 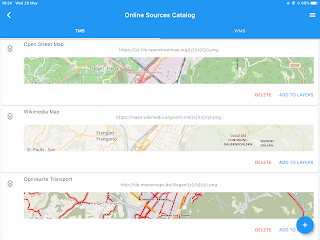 The maps are actually live maps which help to see if a service works even before adding it.

WMS looks the same and both can export and import the definitions: 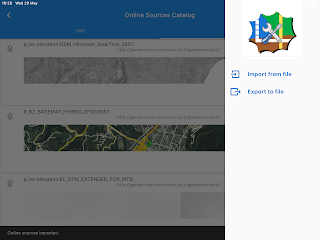 To add a new definition, since that is a rude thing to do on the device, we tried to make it as comfortable as possible: 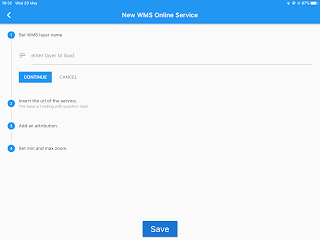 Note that this is now harmonized in all list views with zoom and style. 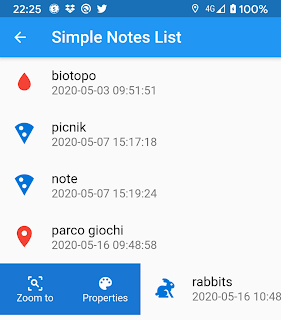 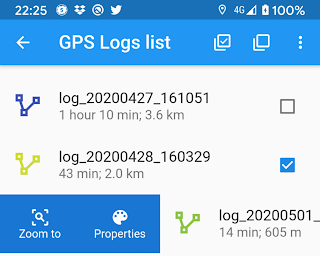 The biggest new is for sure the fact that SMASH now supports background logging, i.e. logging with the screen off. No image here, but you know what that means.

We also added to the settings view:

a GPS live view to be able to play with the settings and see what happens:

As you can see the rose of incoming points is visible in the background, so give an idea of what is going on.


Last but not least, it is possible to activate a counter for GPS points (all vs filtered) to be seen on the main view in the GPS icon:

We added a debug view, accessible from the settings:

The left and right drawer and the actionbar have been reviewed.
The right drawer is now accessible by icon and contains all the tools, in expandable sumenus. 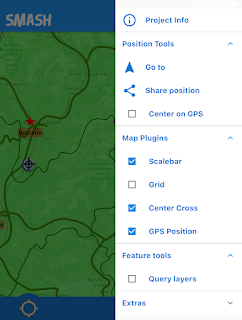 As a result the left drawer is now more clean and project related: 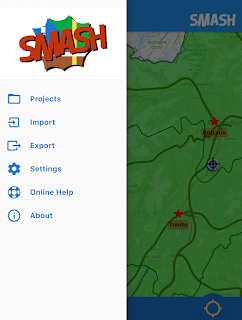 And an online help has been added, which is never bad :-)

The GPS info panel has been cleaned up a bit and one can copy each coordinate to the clipboard: 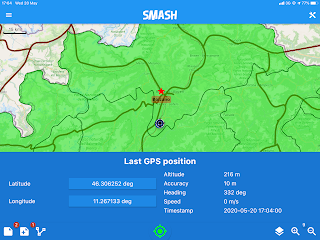 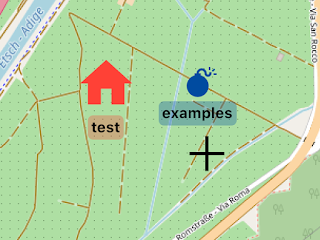 A nice grid plugin has been added to flutter map, so we added it here also: 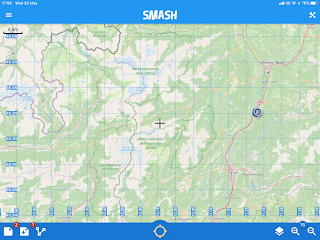 As mentioned in the raster imagery part, support has been added for projections. If a projection is not known, it will be required to download its definition. After that vector data will be reprojected properly. This part is still a bit experimental. But it already looks good.

Guess that is all! Enjoy!

PS: as usual the user manual is lagging behind a version. Is there some gentle soul out there that would be willing to help?